Italian fans are warming up for the opening round in San Zeno di Montagna (Verona) of the most important Italian MTB series, taking place on Sunday, March 6, with 241 athletes including the European Champion, Lars Forster, Italy’s Luca Braidot and Gerhard Kerschbaumer, and Ukrainian Yana Belomina with her plea for peace

The long wait is over. The new season of the most important Italian MTB series – and one of Europe’s most prestigious ones, the Internazionali d’Italia Series, starts tomorrow, Sunday, March 6, from San Zeno di Montagna (Verona).

The cold has arrived in Lake Garda, but the stars of the Pineta Sperane XCO and the local fans will heat up the first edition of the new MTB event, also the first Italian UCI C.1 race of the 2022 season.

The 241 athletes are eager to test the results of the work they did this winter on the difficult 4-km route lacing the slopes of Mount Baldo and designed by CM Outdoor Events, the Internazionali d’Italia Series’ organizing company, with technical support by Enrico Martello. Today, Saturday, March 5, the athletes began testing the race route in preparation for tomorrow’s racing. Pineta Sperane XCO’s schedule will start at 10:30 CET with the junior men’s race, followed by the women’s events (Open and Junior) at 12:30 CET, and the men’s open race at 14:30 CET.

OPEN MEN’S RACE: FORSTER AIMS TO WIN; BRAIDOT AND KERSCHBAUMER HAVE EXPECTATIONS
In the 2021 edition, Lars Forster (SCOTT-SRAM) won the Internazionali d’Italia Series’ opening round in Andora, claiming the GSG blue leader’s jersey in the process. This year, the European Champion will try again to win the first act of the Italian series in San Zeno di Montagna with the support of teammate, Andri Frischknecht, before flying to South Africa to take part in the Absa Cape Epic.  Behind the main favorite, Latvian Martin Blums (CST PostNL Befang) and the Team Santa Cruz duo of Maxime Marotte-Luca Braidot, are expected to compete for the top spots, together with veteran, Stephane Tempier (Rockrider), Italian Champion, Nadir Colledani (MMR Factory Racing), and Gerhard Kerschbaumer (Specialized Racing Team).

The group of talented young riders showing up to race will not be underestimated, starting with the 2021 junior world champion in Val di Sole, Adrien Boichis (Trinity Racing), his teammate Camilo Andres Gomez Gomez, and the 2021 junior European Champion, Oleksandr Hudyma (CST PostNL Befang), who will be at the start in San Zeno di Montagna despite the difficult situation in his native Ukraine. 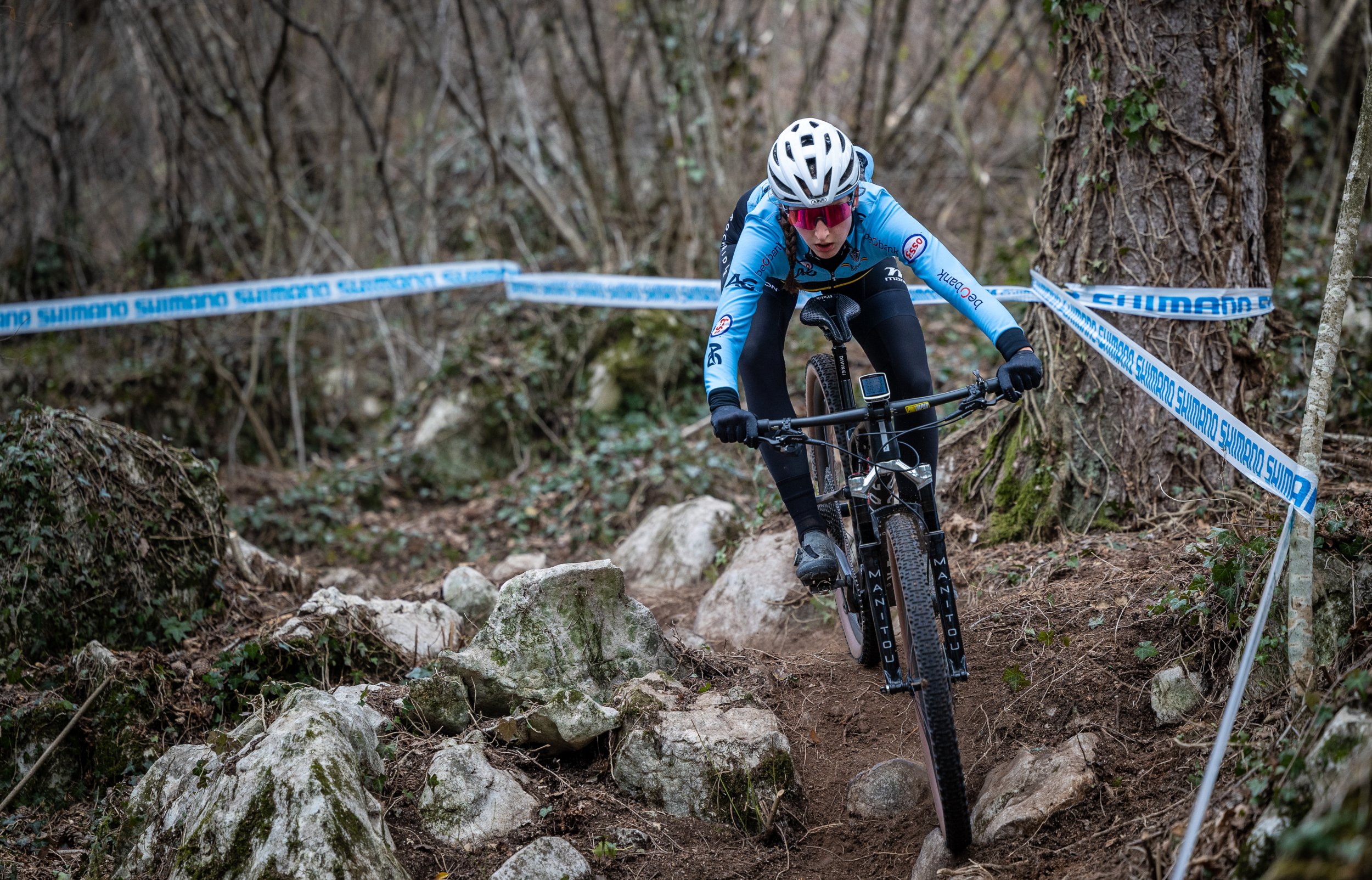 OPEN WOMEN’S RACE: YANA BELOMINA AND HER PLEA FOR PEACE
Pineta Sperane XCO’s starting grid will welcome another Ukrainian athlete with a yellow and blue bike, the country’s flag colors that are fast becoming a symbol of peace and freedom.

Yana Belomoina (CST PostNL Befang) decided to take part in this round of the Internazionali d’Italia Series together with her teammate, Lotte Koopmans. 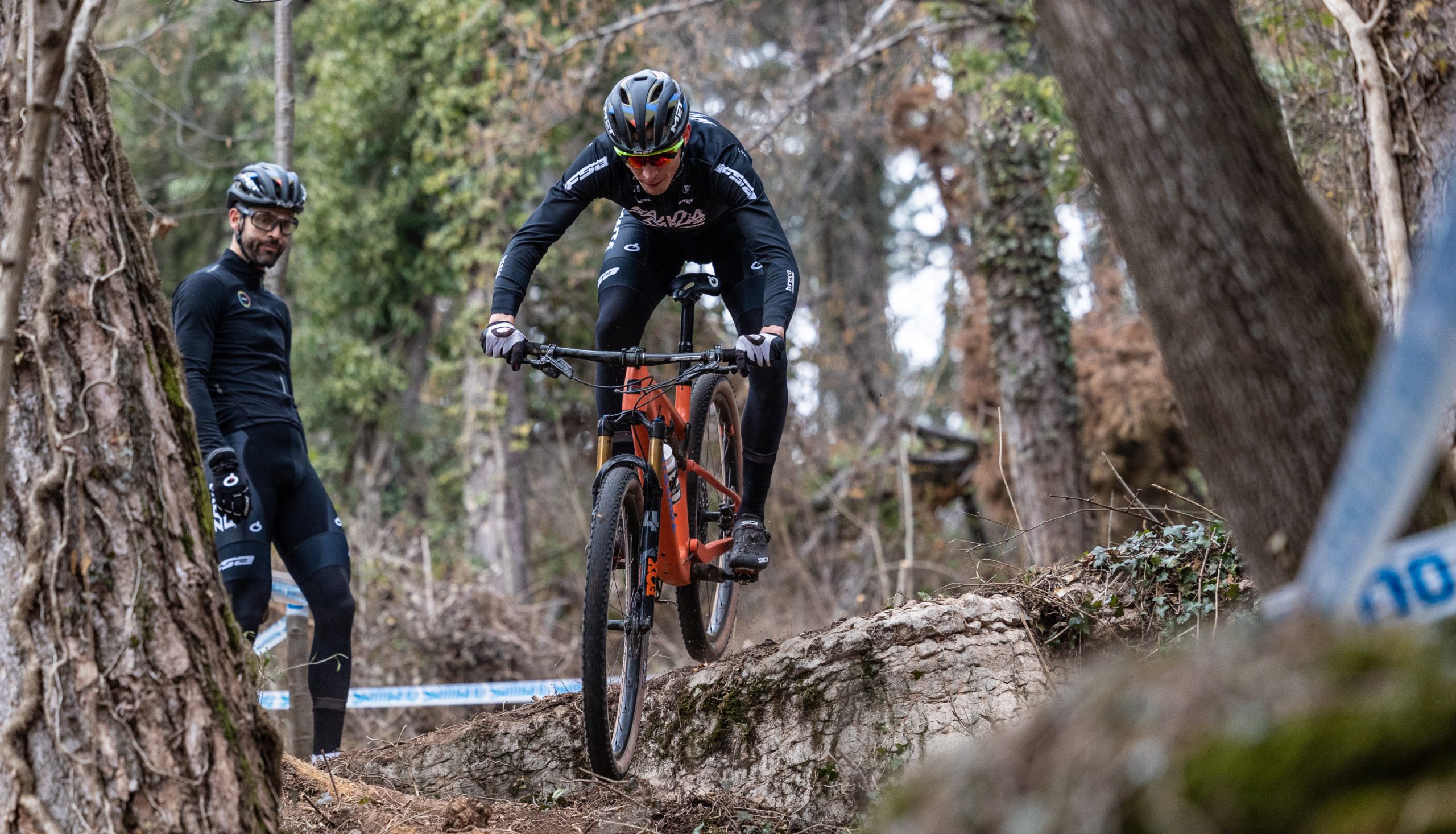 JUNIOR RACE: PÜNTENER AND CORVI THE TOP FAVORITES
Romano Püntener (Thomus) and Italian, Valentina Corvi (Trinx Factory Team), will be the ones to watch in the men’s and women’s junior races respectively. Marco Betteo (Scott Libarna) and Sophie Auer (Junior Team Südtirol) are also expected to feature big in their highly competitive races.