Together with new Specialized teammates Gerhard Kerschbaumer, Sina Frei and Laura Stigger, Sarrou is in Finale Ligure training for the first seasonal challenges. “I’m here to win,” the World Champion asserts. – “I want to leave my mark from the first races and prove that the winter preparation worked out for the best.”

In 2019, the French stripes dominated the scene, with the Elite Stephane Tempier and the Junior Luca Martin: with Sarrou and Carod at the start, as well as Tempier himself, chances of a double strike are higher. “I want to enjoy the rainbow jersey at its best,” Sarrou continued. “On one side, it’s a responsibility, but on the other, it will push me to the limit even in the most demanding times. Now I’m focused on getting back into the usual racing routine and having fun.” 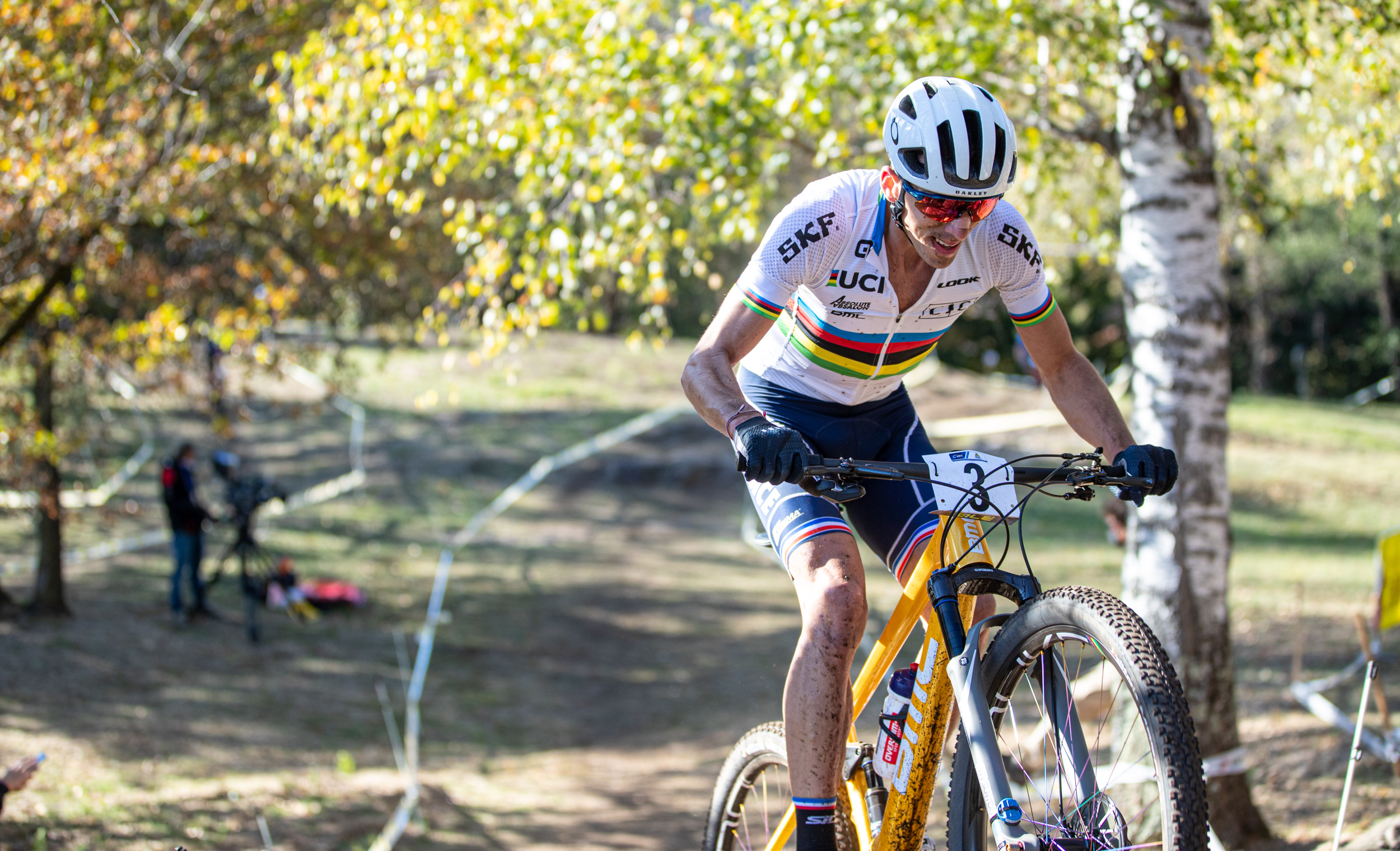 Like Sarrou, Frenchman Carod comes with high stakes of reconfirming himself and progressing. The Absolute Absalon team rider won a bronze medal at the World Championships and a silver one at the European Championships, just a few seconds behind Nino Schurter. A great steppingstone towards the Olympic season. “To start the season in Liguria is just perfect. I live in Nice, so I know this climate. After a great 2020, I hope I will keep on the same path, but I have to work for that”, said Carod.

Carod’s teammate, Women’s World Champion Pauline Ferrand Prèvot, has also chosen Internazionali d’Italia Series for a top-class showdown early in the 2021 season. 2015, 2019, and 2020 World gold Medallist and reigning European champion, Ferrand Prèvot will meet again in Andora with Jolanda Neff, with whom battled an unforgettable duel in Val di Sole, in the last call on Italian soil at the World Cup in 2019. A head-to-head that many hope to see again on the race field prepared by ASD Andora Race under the Italian CT Mirko Celestino‘s guidance. “The first races of the season are hard to predict – Ferrand Prèvot explains. – I want to find my feeling on the bike. The season will start without public: the fans’ support will be missed, but during the race, I focus only on my performance”.

CLOSED NUMBER: 120 PARTICIPANTS FOR EACH RACE

For safety reasons, the organizing team of ASD Andora Race in accordance with CM Outdoor Events, the Internazionali d’Italia Series managing company, the Italian Cycling Federation and the local authorities, has decided to limit the participation in Andora Race Cup to a maximum of 120 athletes for each race. For this reason, only the first 120 requests for participation will be accepted for each race.